With this production you´re going to experience the continuation - or so called next step - of my current, very personal project: SONG. Like on the previous record, I´ve chosen some of my favourite tunes (or: least favourite tunes, some of which have been haunting me for decades, like nightmares...) from my childhood, youth, and present time, and mixed them together with originals by singer-songwriter Shishani, plus a couple of my own tunes.

And with a nice group of brilliant musicians - some of my favourite artists on this planet - we´ve created something new and powerful. I´m more than happy to share this music with you today! Sit back, remember some of the good old times, but get ready for the present moment, and enjoy SONG2... 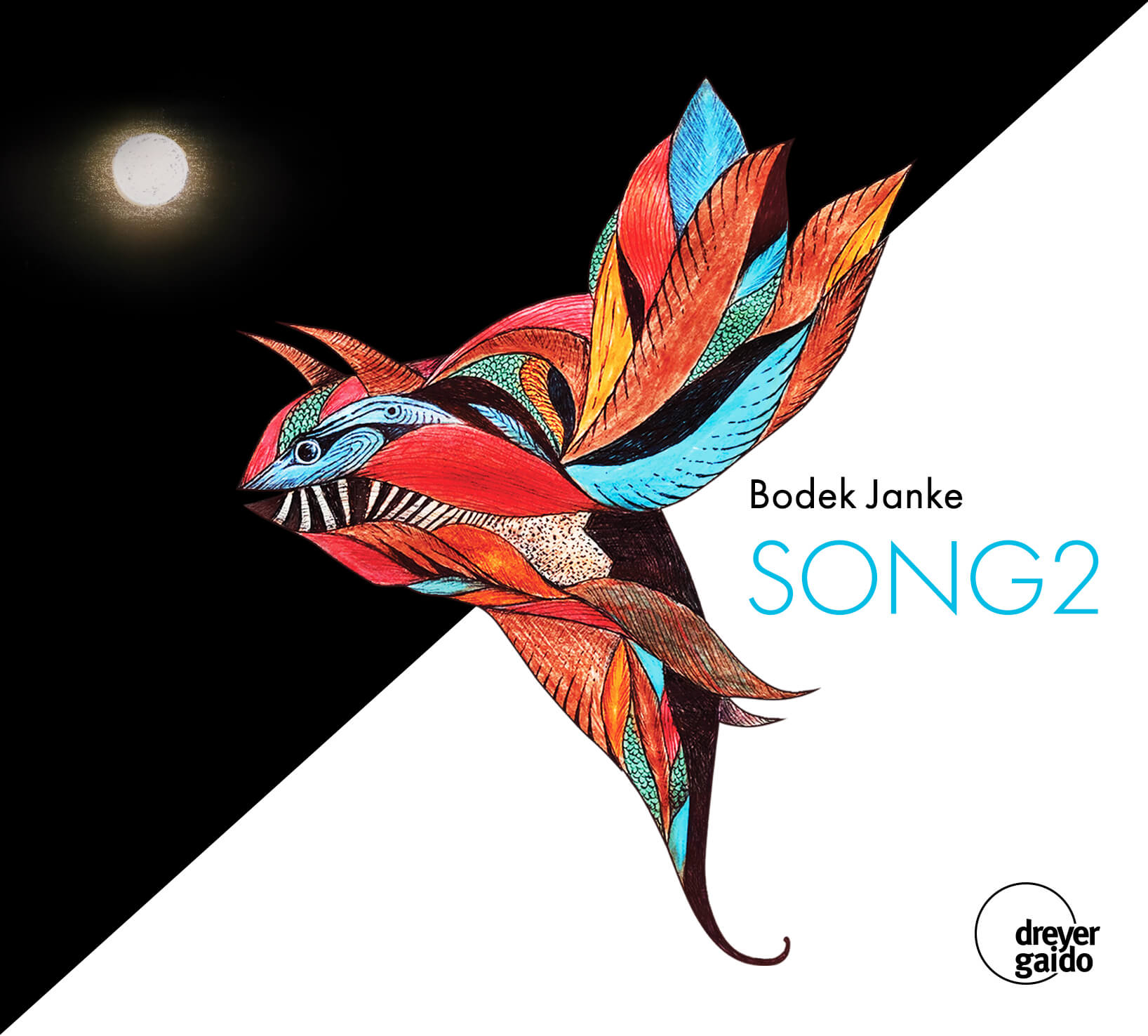 It´s been a while since we were taken away from our comfortable and usual way of living - the easy and unconcerned way. The current worldwide situation makes us re-think many aspects of our life, and I take it as a challenge for my personal growth. I´ve never written and arranged so much new music in such a short time. I haven´t practiced that much for years. I´m actually thankful. But, as for me and most of my freelance and free-spirited artist colleagues around the world we have to continue paying our rent, too ;)

So - here´s to all venue promoters, festivals, and financial supporters who have been staying strong and fighting the fear (and sometimes the danger of being fined) these days - and keeping to organize events, concerts, exhibitions etc. There´s nothing wrong in being more careful with each other, but let´s not forget to live our life in contact with each other. And for that - we need music!

And I truly hope to see you soon, healthy and happy :)

All the best,
Bodek

The brilliant percussionist Bodek Janke was inspired and thrilling throughout the performance.

Bodek is a great drummer and percussionist: subtle, groovy and precise.

Janke’s drumming is a masterpiece, his distinct and emotional playing is surpassing.

A drummer of the highest category.

Janke is truly among the good ones...

Bodek is making his own rules and that´s a good way to go.

This is truly a musical masterpiece! Fantastic drumming.

Master of many dialects

Dubbed as ´a master of many dialects´ by New York´s drum legend John Riley, Bodek´s distinctive sound was recorded on more than 200 albums as a sideman. He has also recorded 10 albums under his own name.

Besides his travels and work as a musician, Bodek writes music for large ensembles & orchestras. A snippet from his first symphonic piece The Mantra Suite was premiered and critically acclaimed in March 2019 in Almaty, Kazakhstan.

Being born into a Polish-Russian musician family, it was obvious for Bodek to approach a professional musical career from an early age. His mother Olga Janke taught him his first piano lessons at the age of 3 and his aunt, Tatyana Kamysheva taught him composition and music theory.

During Bodek’s childhood, the political turmoil in his Polish homeland meant that Bodek and his family had to relocate to Germany where he attended the Badisches Konservatorium in Karlsruhe. Here he received his classical percussion and music theory education. During his teenage years, Bodek already became an internationally acclaimed marimba virtuoso.

From 1998 to 2004 he studied jazz drums and composition at the Academy of Music of Cologne and graduated with distinction. In 2004 he began a Masters degree of Arts and Music Performance at City College New York City, where he graduated in 2007. During his 6 year long stay (2004-2010) in New York City he had the opportunity to work with various artists such as David Liebman, Billy Harper, Ben Monder and Dave Binney. He performed several times at Carnegie Hall (where his arrangement of Wings, a composition by tabla maestro Pandit Samir Chatterjee, was premiered by the Orpheus Chamber Orchestra before Anoushka Shankar’s performance), and amazed many of the city´s legendary clubs and their audiences with his music (such as Iridium, Smalls, The Knitting Factory, 55 Bar, Rockwood Music Hall, Cornelia Street Café).

Both his international performances, recording sessions and teaching masterclasses have been an important source of inspiration for his music and work ever since. In 2010 Bodek moved back to Germany, maintaining a busy working schedule both as a leader and sideman. In the meantime he has been filling vacancies for teaching positions in several universities such as Musikhochschule Köln, Folkwang Musikschule Essen, and Musikhochschule Mannheim.

Since 2013 he has been creating the Centre for Music, Culture and Health in Przesieka (Poland), where he organizes an annual meeting - the international Summer Exchange Festival, drawing people from all cultures, religions and continents which is not only attended by musicians, but also yoga teachers & health practitioners to the beautiful little village in the Giant Mountains / Lower Silesia.

In 2008 he was awarded both the Jazzpreis Baden-Württemberg, Germany’s highest endowed award for jazz musicians and the German Records Critics’ Award. In 2010 he was voted best soloist of the year at the Neuer Deutscher Jazzpreis competition in Mannheim and he won the 1st prize at the 4th International Bucharest Jazz Competition. Bodek was scholarship holder of the Baden-Württemberg Arts Foundation, the Kunststiftung Baden-Württemberg, and the Betty Carter Jazz Ahead in Washington. In 2015 he was awarded with the renowned world-music distinction RUTH, at the TFF Rudolstadt Music Festival, as a part of the multicultural project Eurasians Unity.

Bodek´s currently most ambitious project, SONG is a modern, 21st-century response to the world of singer-songwriters, and their songs - both from our current times and the 20th century. A heavy clash of musical cultures paves the way towards working on new rhythmic, melodic and harmonic structures, surprising the listener with fresh, new sounds from a composer and arranger with an open mind and professional ears for "hits".

The format of "the song" per se is, globally speaking, the most accessible kind of music to everybody.

Understanding music as a universal language, Bodek founded this improvised music & dance project in 2002. It took him around the world to countless festivals, inciting him to cooperations with numerous artists - musicians and dancers of all musical genres - from jazz, contemporary, classical to world and electronic music.

With his longtime friend and collaborator, the Estonian pianist Kristjan Randalu, Bodek has founded an unusual duo of a unique format. A tightrope walk between contemporary classical music and jazz, both artists have completely mastered their respective language on their instrument and talk effortlessly in the realm of improvisational interplay.

Bodek´s soon-to-be published project: A completely new and groundbreaking mix of the traditions of the Indian classical drums with the most popular dance rhythms from Brazil. Expect to be surprised and stunned by a world of sounds never heard before.

Since 2012, Bodek has been inviting and gathering with a group of musicians, artists, wholistic healers, yoga teachers, and generally curious and conscious people in the Giant Mountains (Lower Silesia, Poland) every August. It is a meeting of music, creativity, improvisation, a healthy and environmentally friendly lifestyle in the middle of raw nature. Without borders, without judgment and without fear for new encounters.

"The Song album sounds interesting, it is neatly arranged and - without being overcomplex - stylistically convincing. Singer Melissa Mary Ahern is firmly rooted in the convention, plays with music and lyrics, tries to be an obvious part of the whole band. For the drummer-leader, the task is extremely difficult, as he must navigate between his ambition and building the sound and structure. He needs to serve musicians with what is his idea and what should be best realized. "Song" is therefore not a compilation of ideas, but rather a well-thought-out complex, as if with one interesting song which can be called a hit. This is "Song" presented through a team-perception of music, artistry and creative restraint with respect for musical tradition. "This universal language - music, consists of many dialects. Bodek Janke skillfully mastered more dialects than anyone else" says the outstanding American drummer John Riley about Bodek Janke."

“The Universal Language - music - is made up of many dialects. Bodek Janke is a master of more musical dialects than anyone I can think of (...) Bodek tells a joyous music story by combining the world's musics in a personal and sophisticated way. Enjoy the journey.”

“With an intuitive grasp for the moment, careful, creative and like a mastermind at the same time... a masterful performance in the soundscapes of jazz.”

“Having produced recording sessions with Bodek, I can attest to what a truly marvelous musician and human being he is. His talents are astounding, with a diversity of influences that is incredibly vast, musically connecting the ends of the earth. Music is the language of all people, and in this language Bodek is a poet. He represents what this society is striving for - unification through work, love, and beauty.” 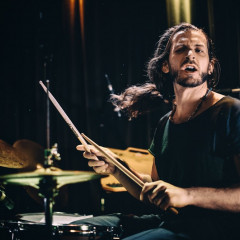 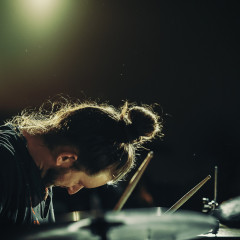 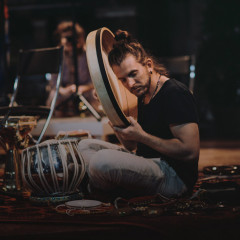 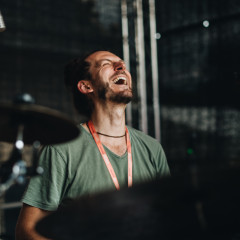 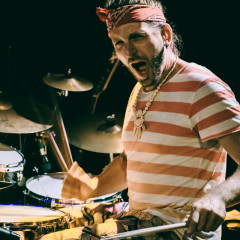 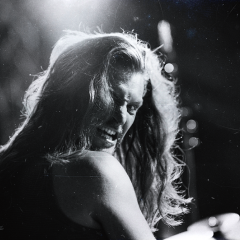 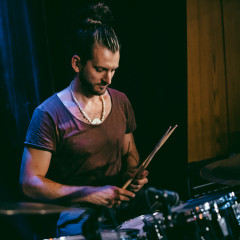 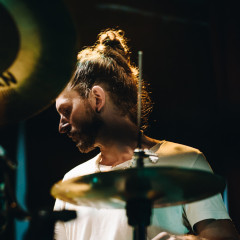 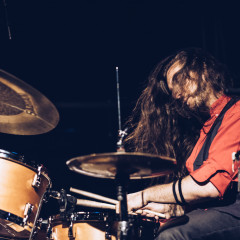 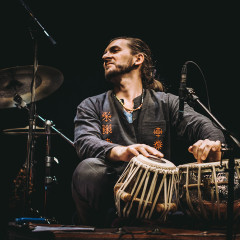 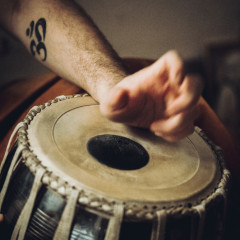 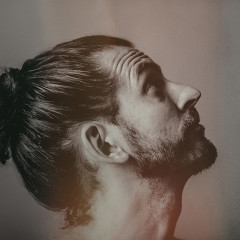 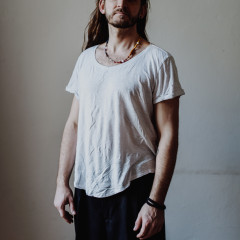 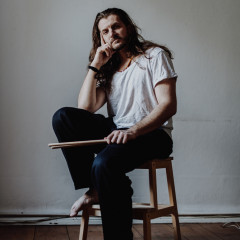 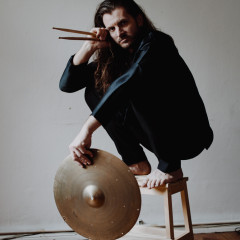 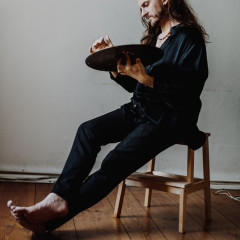 Your subscription could not be saved. Please try again.

Your subscription has been successful.